Posted on November 6, 2017 by FLGardener 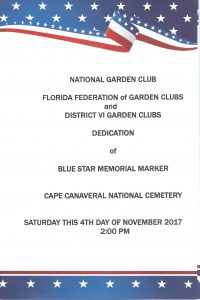 On November 4 the Blue Star Memorial Marker, sponsored by District VI of the Florida Federation of Garden Clubs, was dedicated at the Cape Canaveral National Cemetery in Mims, FL. 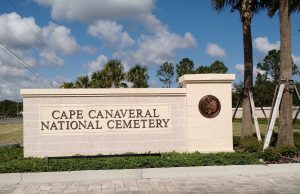 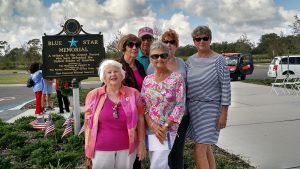 Six members of The Garden Club at Palm Coast attended the beautiful ceremony. Past FFGC president Arlene Rand made it her mission to install a Blue Star Memorial Marker in all Florida National Cemeteries, and this was the last one to be dedicated. Under the leadership of Katheen Terlizzo, District VI President from 2015-2017, plans were made and funds raised. Unfortunately the marker was dedicated after Kathleen’s term due to construction delays at the new cemetery. 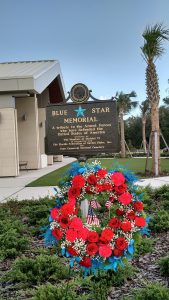 The Blue Star Memorial Marker Program has been in existence through the garden club movement for more than 70 years. Each Memorial Marker is dedicated to all branches of the US Armed Forces.

This entry was posted in Events, Garden Club. Bookmark the permalink.