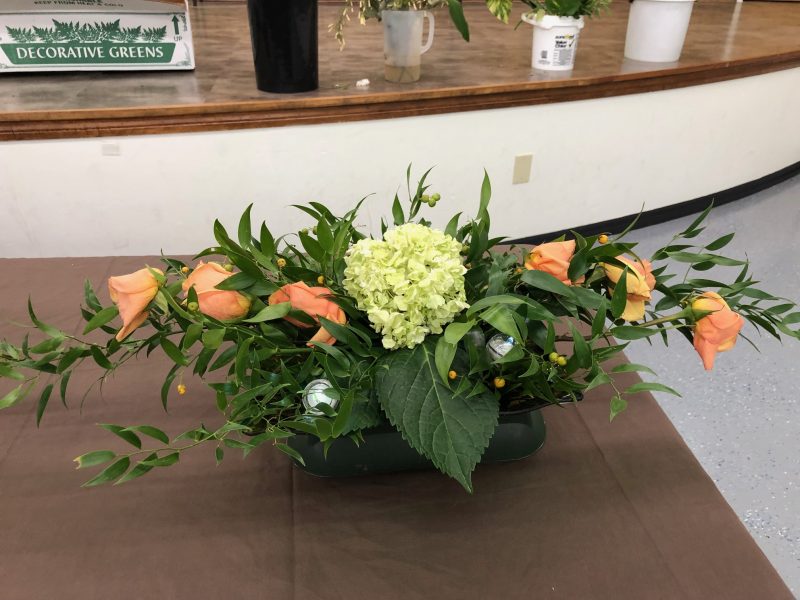 The Arrangers’ Guild met at their regular meeting on September 17, 2019 at the Extension Office on Sawgrass Parkway, Bunnell, Florida at 10:00 a.m. Linda Hensler opened the business portion of the meeting with the following dates for upcoming meetings, October 15th, November 19th and December 17th. 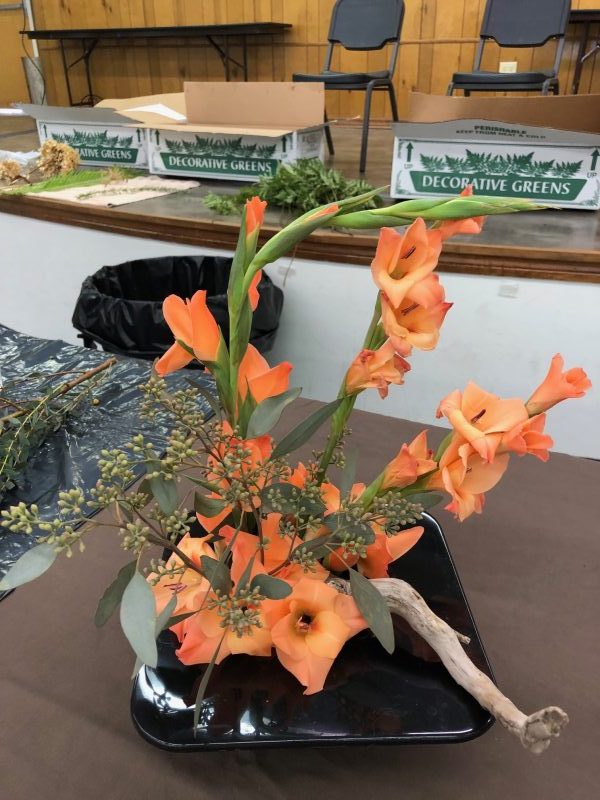 Edwina Tabit volunteered to do a workshop in  November on wreaths. Andrea Robertson announced she would be needing assistance with decorating the Christmas Tree at the library this year due to her upcoming surgery. Dues and workshop fees for the classes were collected. Sue Bara announced the “trash/treasure” table was open for purchases and donations.

Members Anne Bonforte and Kathleen Terlizzo led a workshop on a traditional arrangement to use for your dining table. Guidelines for creating the arrangement and use of greenery, some purchased and some collected from the garden and surrounding fields was discussed.

The arrangements were critiqued individually and a discussion followed on where it could be used. 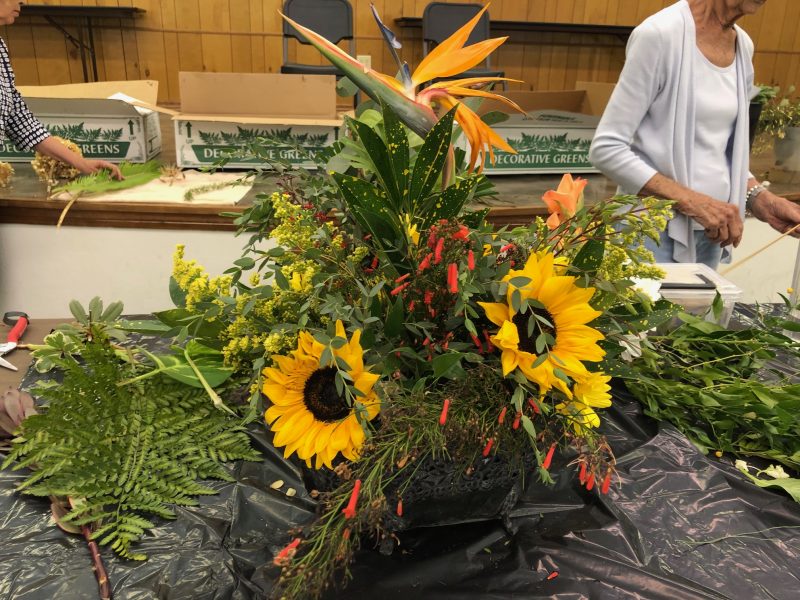 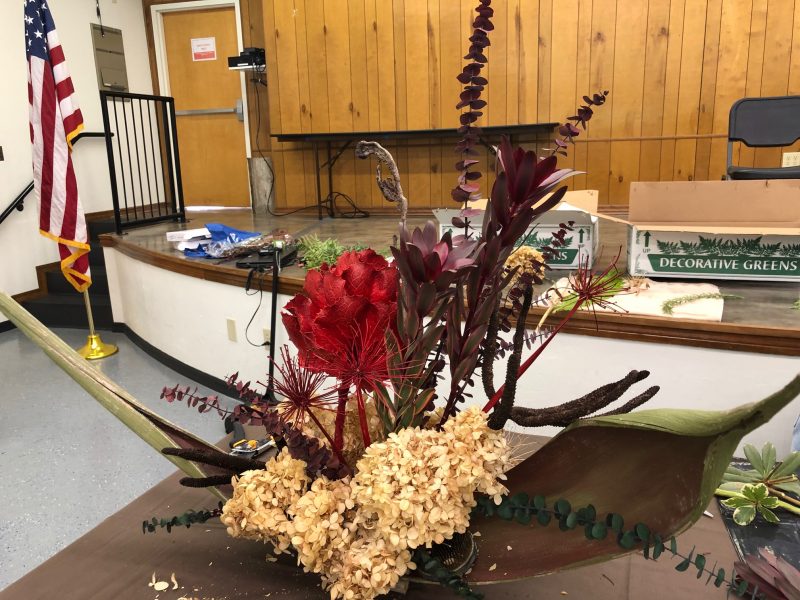 This entry was posted in Arrangers' Guild, Member Articles. Bookmark the permalink.