On April 21 Margaret and I embarked on a 14-day Transatlantic cruise from Ft Lauderdale to Amsterdam. Along the way we visited a number of gardens. Here are some impressions.

The Azores are in the middle of the North Atlantic and have a very mild climate. It never gets warmer than 75F or colder than 55F. The vegetation is very green and contains many sub-tropical plants including palm trees. 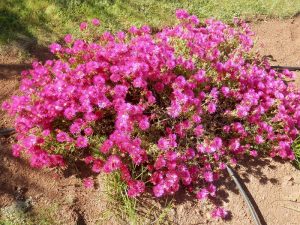 The color of the Delasperma cooperi, in the family of Ice plants, jumps right at you.

This remarkable plant I could not identify. Anyone? Looks like a Salvia to me. 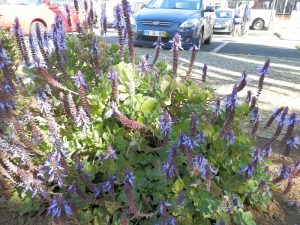 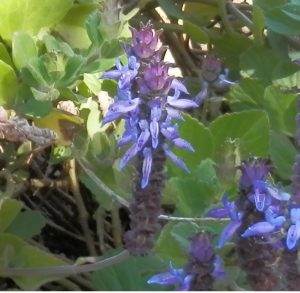 On the island of Sao Miguel we had a choice of three botanical gardens. We chose
Jardim António Borges. 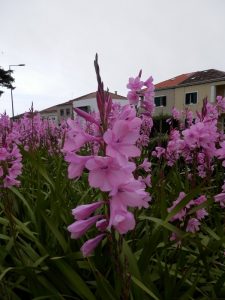 The first large group of pink flowers was stunning. They look like gladiolus, but they are different from the familiar kind.

Then there were at least a hundred Natal lilies (Clivia Miniata) 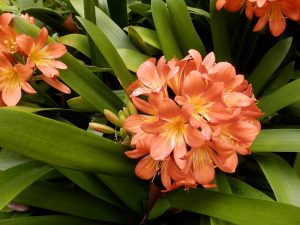 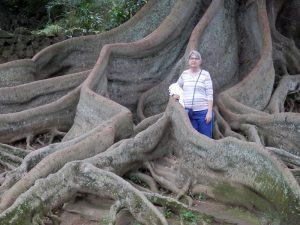 In the center of the park is a very old Moreton Bay Fig (Ficus Macrophylla). The dimensions of the roots really show next to the little girl.

Then there was this pristine member of the Amaryllis family: Crinum Lily. 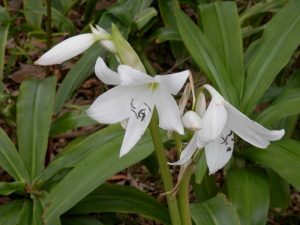 The foilage is different from the familiar Amaryllis. The leaves grow on a stem, not from the bulb. 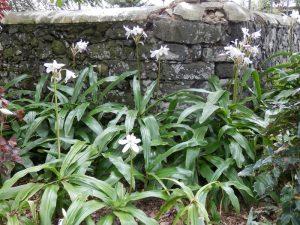 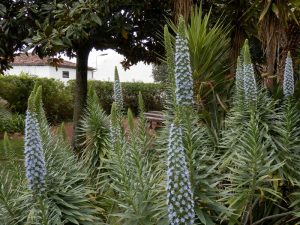 Here is a different kind of plant: Pride of Madeira, Echium Candicans.

I have seen them before in Mendocino, CA. 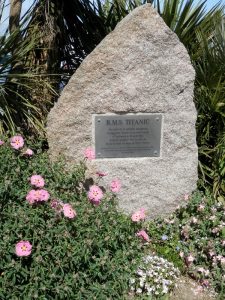 Stepping off the ship one cannot miss this memorial.

The Titanic on her first and last voyage made the first foreign call in the port of Cherbourg. 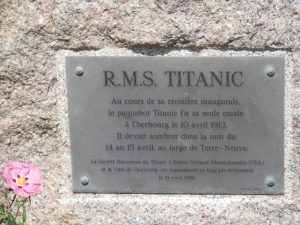 Translation of the plaque:
R.M.S. Titanic (R.M.S.  = Royal Mail Steamer)
In the course of her inaugural ocean crossing the passenger ship Titanic made her only stop at Cherbourg on April 10, 1912.
It would sink in the night of April 14 to 15 off the coast of Nova Scotia.

In Cherbourg we visited Parc Emmanuel Liais. Mr Liais (1826-1900) was an astronomer, botanist, explorer and also Mayor of Cherbourg. He made many overseas trips, especially to Brazil and brought many plants to build his extraordinary collection in a park including green houses. Also his museum is located at the park. 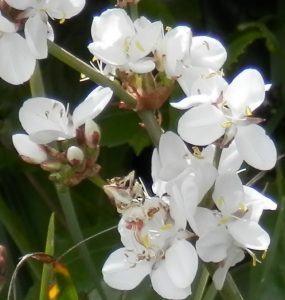 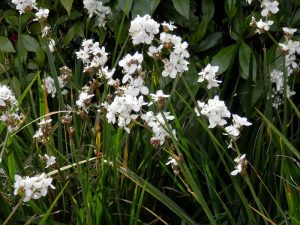 Another mystery plant. Can anyone identify? 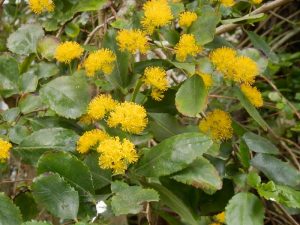 This looks like an orchid, but it is another Iris. Fringed iris, Iris japonica. 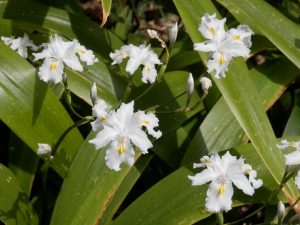 A good old rhododendron, it needs a little support at its old age. 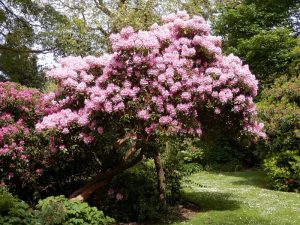 The flowers are gigantic. 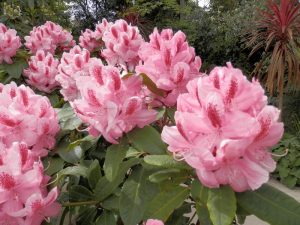 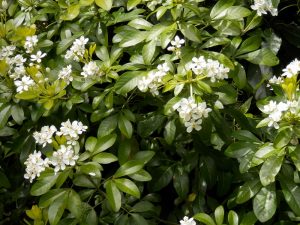 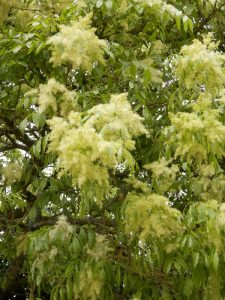 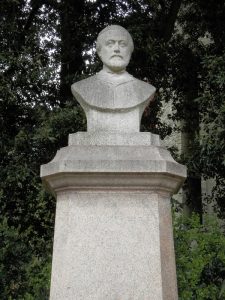 The man who collected all this for us:
Emmanuel Liais

This entry was posted in Garden Club, Member Articles. Bookmark the permalink.