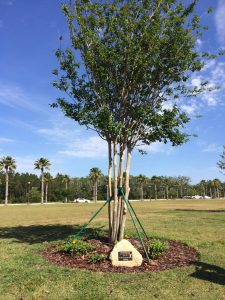 On Friday, May 12th, 2017, a tree was dedicated by the Garden Club at Palm Coast. The tree was planted in Central Park at Town Center, in honor of two deceased club members: Joyce Birrell and Dorothy Leary.

The planted tree is a Muskogee Crepe Myrtle. This crape myrtle is a fast-growing tree that will have an abundance of lavender purple flowers blooming during the summer. This hybrid was developed in the early 1960s by the National Arboretum in Washington, D.C., and given the name of the native American Indian tribe “Muskogee.” This variety has become one of the most widely planted crape myrtles in the United States. 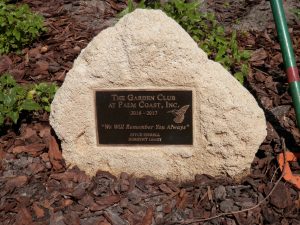 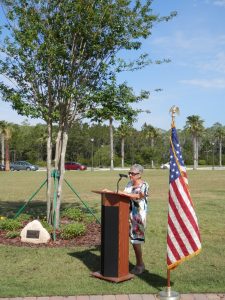 The ceremony was led by our president Cindy Balazik, starting with the Pledge of Allegiance. 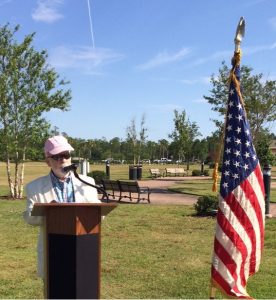 Several club members shared their memories of Joyce and Dorothy. 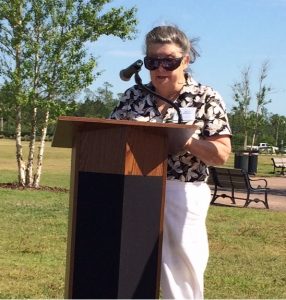 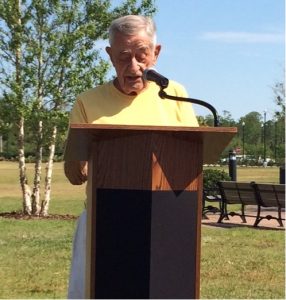 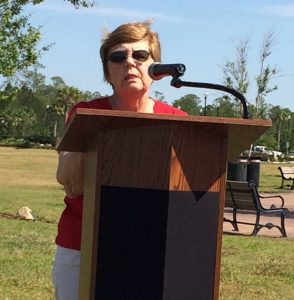 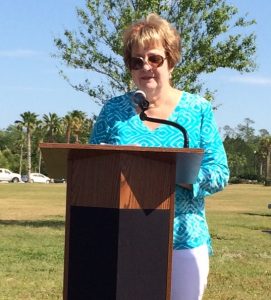 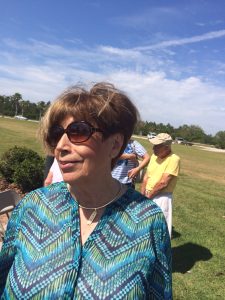 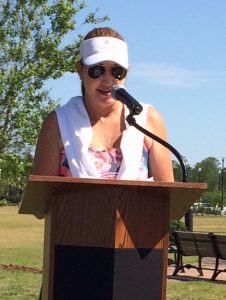 The tree was then officially dedicated by the Mayor of Palm Coast, the Honorable Milissa Holland. You can read the Mayor’s remarks here:

The family of Dorothy Leary was represented by one of her daughters Ms Eileen Roggemann, who flew in from New York. She was deeply touched by the ceremony and expressed her gratitude for the club memorializing her mother. 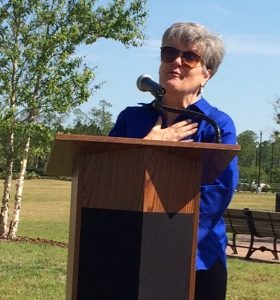 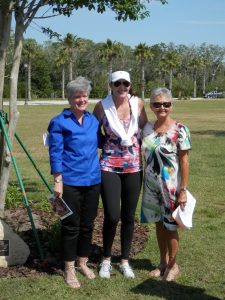 The club members who attended the event were very impressed with the Arbor Day Tree dedication. 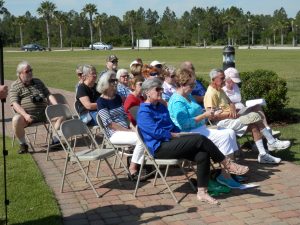 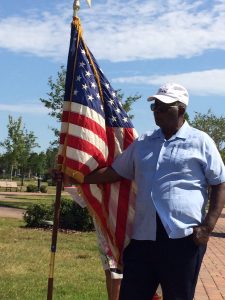 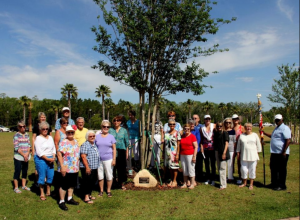 This entry was posted in Events, Garden Club. Bookmark the permalink.

2 Responses to Garden Club Tree Dedication, a Report (updated May 27)