The Propagation Guild had been working hard planting cuttings and seeds in order to produce a wide selection of plants for the Creekside Festival.

On Friday our tent was erected, tables were unfolded, table cloths were spread and signs  posted. Most of the plants were delivered. On Saturday morning more plants arrived and were placed on the tables. The sales crew was ready for business. 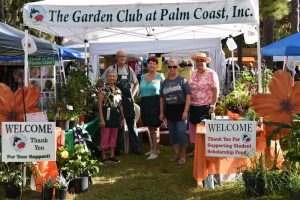 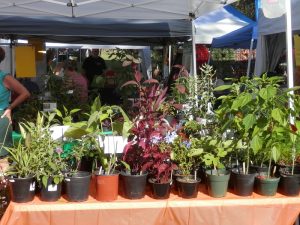 The plants were eager to meet their new owners. 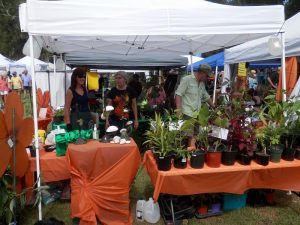 The store is open for business

Some last minute discussions between the sales crew.

Some final adjustments of the plants. 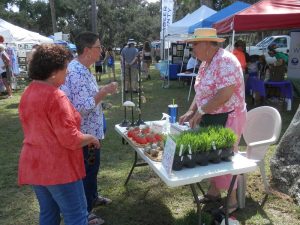 …..and then the first customers arrived. 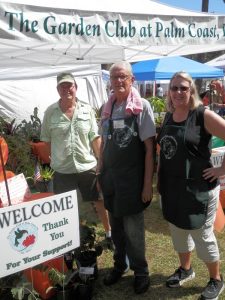 The sun was shining brightly and by mid morning it was already pretty hot. 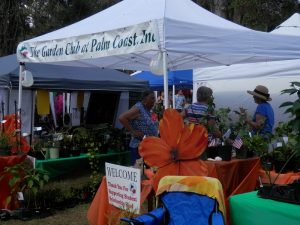 On Sunday it was a little cooler due to some clouds.

There were clearly more visitors at the festival and as a result more traffic in our booth.

The afternoon was interrupted by a rain shower. This passed in 20 minutes, which fortunately was not long enough to scare away the crowds. 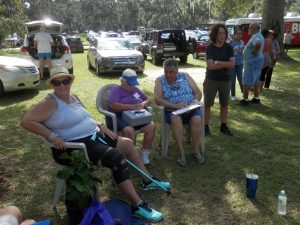 At 3 pm a half price sale was announced which sparked some last minute shopping. At 3:30pm we started packing. While the crew was busy taking down the booth, the cashiers started counting the two day income.

As soon as the profit numbers are available they will be announced here. 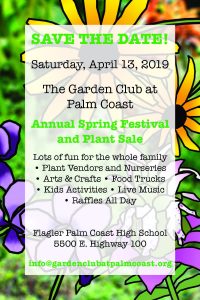 The Garden Club looks back at a successful event. 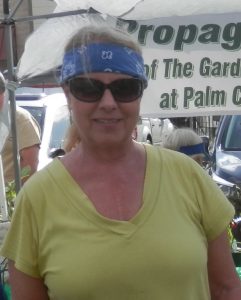 Kat was an active member of the Garden Club and the Propagation Guild.

Leading up to the Creekside Festival she and a number of other members produced a series of products for the sale, like Air plants in shells and pumpkins. She grew Wheat Grass from seed in pots for cats to eat, which was selling like hot cakes. On Saturday Kat worked in the Garden Club booth at the Creekside Festival as a motivated sales person.

She was planning to do the same on the second day of the festival. Tragically on Sunday morning we got the news that Kat passed away during the night.

She had lots of plans for the current club season, such as running workshops to teach all kinds of crafts for club members.

Kat will be missed.

This entry was posted in Events, Garden Club, Propagation Guild. Bookmark the permalink.